Rock crystal carving is one of the rather complicated processes in hardstone carving art. Quartz, it is rock crystal, is not very easy to process material. Quartz is fragile enough and requires an extremely careful attitude. He does not forgive the mistakes of the master who took up work with him, but generously rewards those who managed to make friends with him. Not for nothing in China – the oldest historical center of stone-cutting art – it is believed that a person who has achieved mastery in the processing of rock crystal, has become a real master of stone carving art. Chinese wisdom says: “If you learned to cut rock crystal, you became a stone carver”.

Stone-cutting artist Dmitriy Emelyanenko made friends with quartz at the beginning of his creative activity. At the end of the 80s, working at the «Ural Quartz Gems» production association, the master performed about fifty stone-cutting products from rock crystal. Among which: rock crystal cutting work “Vote for” and transparent quartz cutting work “Icarus”, made based on ancient Greek mythology, located in the gallery “Esther”.

Seeing the first photograph of this work of stone carving art, many may get the impression that the figure is carved simply from the back of the crystal. But if you look at the photo of the back side of this stone-cutting product, we will see that there the quartz crystal also remained untouched, as well as from the foreground. The figure, in fact, is carved from the inside of two halves of a single crystal of quartz, approximately 25 cm high. The work symbolizes the unity of the male and female halves – yin and yang.

In the works of Dmitriy Emelyanenko quite often there are such large as “Unity”, stone-cutting works from rock crystal. For example, work “Horse head” and “Show jumping” have a height of about 30 cm and weigh about 1.5 – 2 kilograms. To create such stone carving works, quartz crystals of almost 10 kilogram weight were used, which also adds complexity when processing stone.

Among the large hardstone carving products of Dmitriy Emelyanenko, it is also worth noting the transparent quartz carving work “Falcon”, which seems small in the photo, but actually having a height of about 20 cm. Another amazing rock crystal carving work “Friend”, presents a dog, with great detail, cut out of quartz, having a length of 25-30 cm. The artwork looks very contrasting and artistic on a black dolerite stand, which emphasizes the beauty of quartz carving in this work.

Among the small stone carving products from quartz, in the works of Dmitriy Emelyanenko, there are many signets. For example, the rock crystal cutting work “Zodiac sign cancer” can be seen in the Ural Mineralogical Museum of Vladimir Pelepenko. A very original artwork “Mouse on computer mouse”, also carved from solid quartz, is a small rodent sitting on top of a computer mouse – playing the role of a stand.

A small work of another plan, also carved from quartz – “Bubbles”, has a slightly unusual history. Initially, it was supposed to be just a stone of abstract forms with bubbles carved on it. However, when it was a stone-cutting product made of quartz, the jeweler Igor Badov saw it – he asked for a gift, which Dmitriy Emelyanenko refused. Then Igor asked to sell, to which Dmitriy also refused, “then – said Igor Badov – let me do something from him”. They decided on that. As a result, their joint work took first place in the jewelry competition.

In conclusion, I want to note that the rock crystal carving occupies a very large and significant place in the work of Dmitriy Emelyanenko. The stone carving artist, indeed, has achieved great skill in working with quartz and has his own techniques for processing this material. 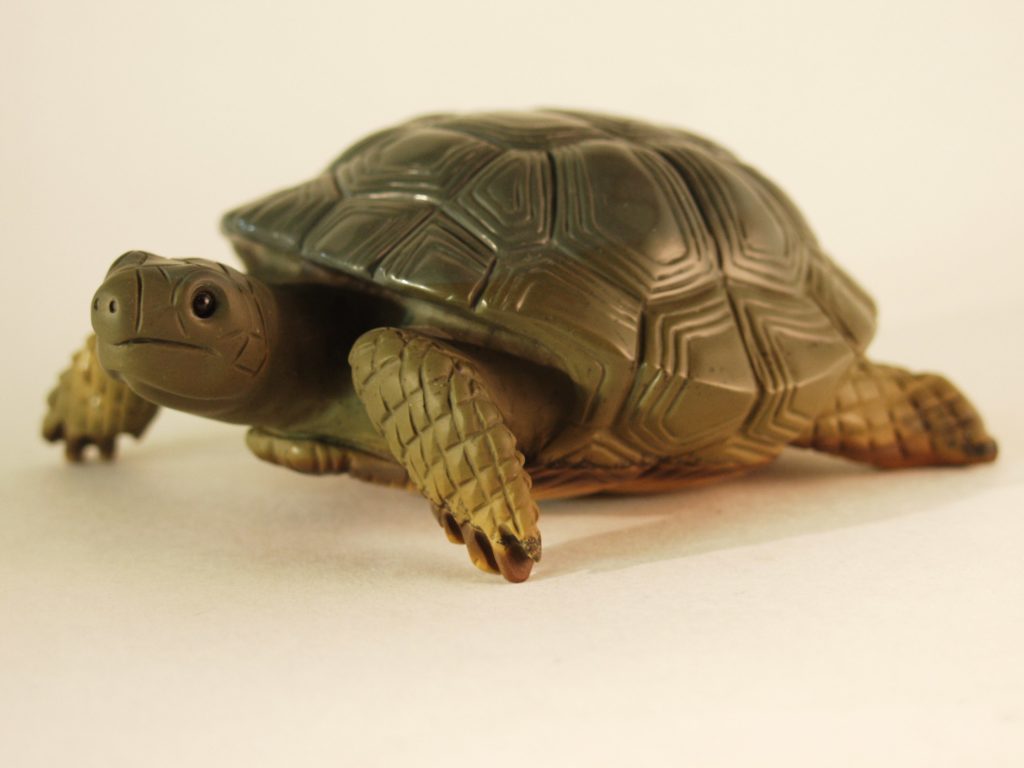 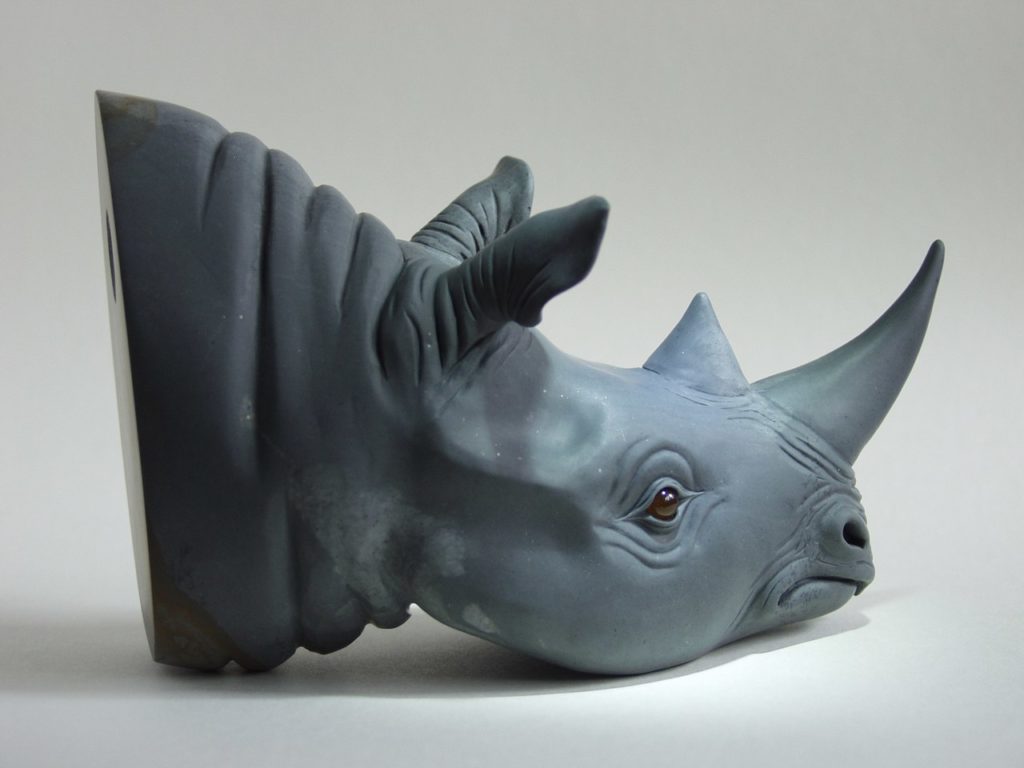 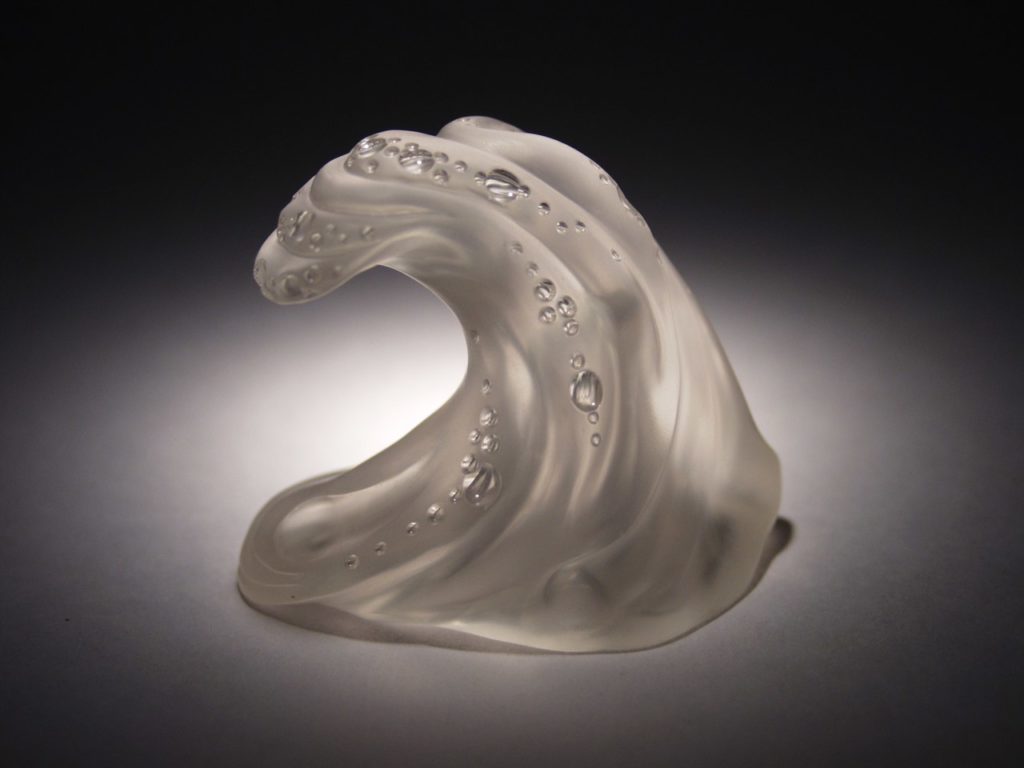