Only in the last 20 years, artists with high craftsmanship came in stone carving art. If we consider the place of Dmitriy Emelyanenko in a regional aspect, then he, in the Urals, is one of the gifted. The creative style of Emelyanenko is recognizable in the all-Russian and international context. His things are the coveted objects of collections in Russia and abroad.

In 2010, 25 years passed after the graduation of D. Emelyanenko of Art School No. 42, where he received the specialty of “stone carver”. The highest stone-cutting technology of the master is unconditionally felt. The influence of senior comrade Anatoly Zhukov, with whom Dmitriy worked in the same workshop (in 2001), is also noticeable. Such intersecting contacts are very useful for masters and generally increase the creative potential of the Ural school.

Dmitriy, unlike many of his conscientious carvers – fellow countrymen, as well artist. He developed his own style, laconic, built on contrasts (white – black, stand and subject), which can be defined as a “realistic avant-garde”.

The brilliant object “from Emelyanenko” in the collection is gemstone carving artwork “Snail”. Even Faberge and Denisov-Uralsky do not have such a memorable “Snail” in technical performance and “supply” of stone. The artist owns the techniques of the golden section, perfectly places objects on a pedestal. So his pedestal under the Rock crystal cutting artwork “Hippo” resembles the Shekhtelev pedestal under the famous monument to Alexander III by Paolo Trubetsogo. It is unlikely that Dmitriy Emelyanenko thought about this masterpiece of Russian sculpture when he was creating “Hippo”, but since the laws of aesthetics are the same, he got to the point.

The author can execute classic blocked multi-stone figures. The author is not afraid of relatively large sizes. His stone carving artwork “Dachshund” is not so small for small plasticity, but in large sizes there is a danger of discovering flaws in stone processing, which the author brilliantly avoided. 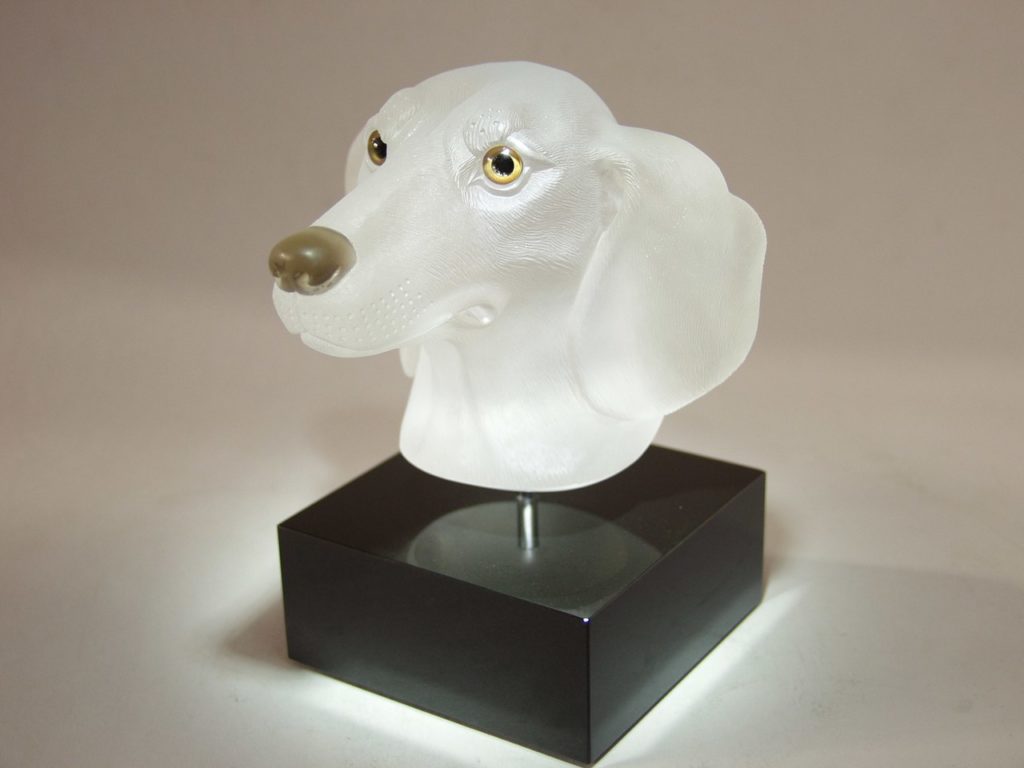 Rock crystal carving artwork “Bust Dachshund” made in animalistics genre by hardstone carver artist Dmitriy Emelyanenko. Dachshund made of rock crystal, nose made of citrine, stand made of dolerite. The work uses a unique technology of the volume of the living eye. Eyes made of natural stones: rock crystal, tiger’s eye and dolerite. Artwork was created in 2005. 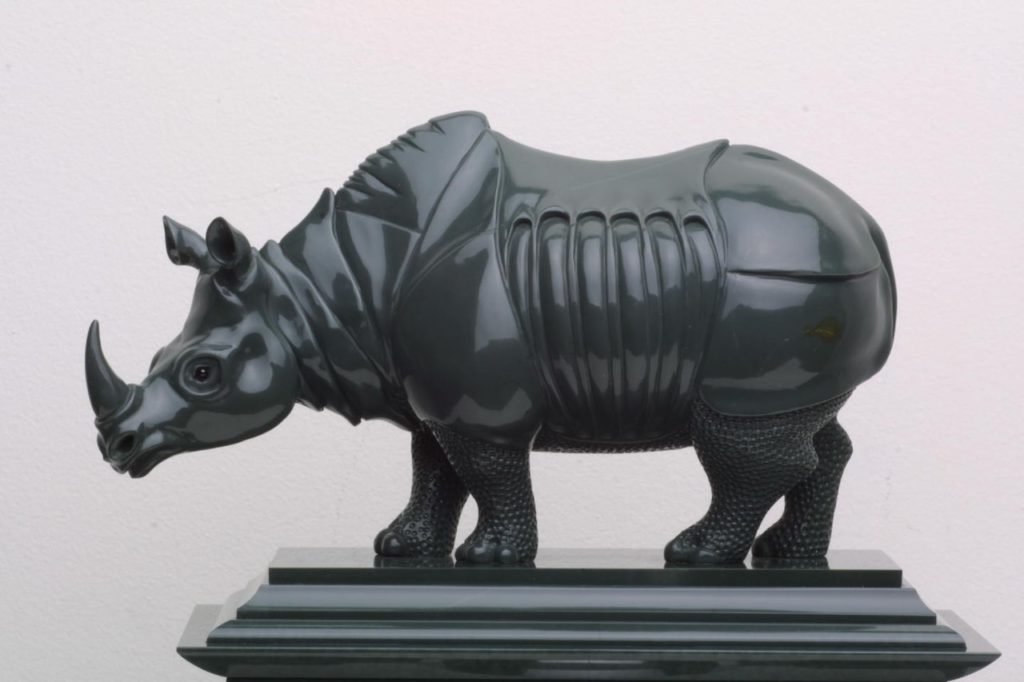 Hardstone carving work “Durer’s Rhinoceros” created in animalistics genre by stone carver Dmitriy Emelyanenko. The rhinoceros is made on the basis of an engraving by Albrecht Durer. Dürer portrayed a rhino, never having seen it, using drawings and descriptions of eyewitnesses. On his engraving, a rhino is chained in armor. The work by Dmitriy Emelyanenko…
Read more 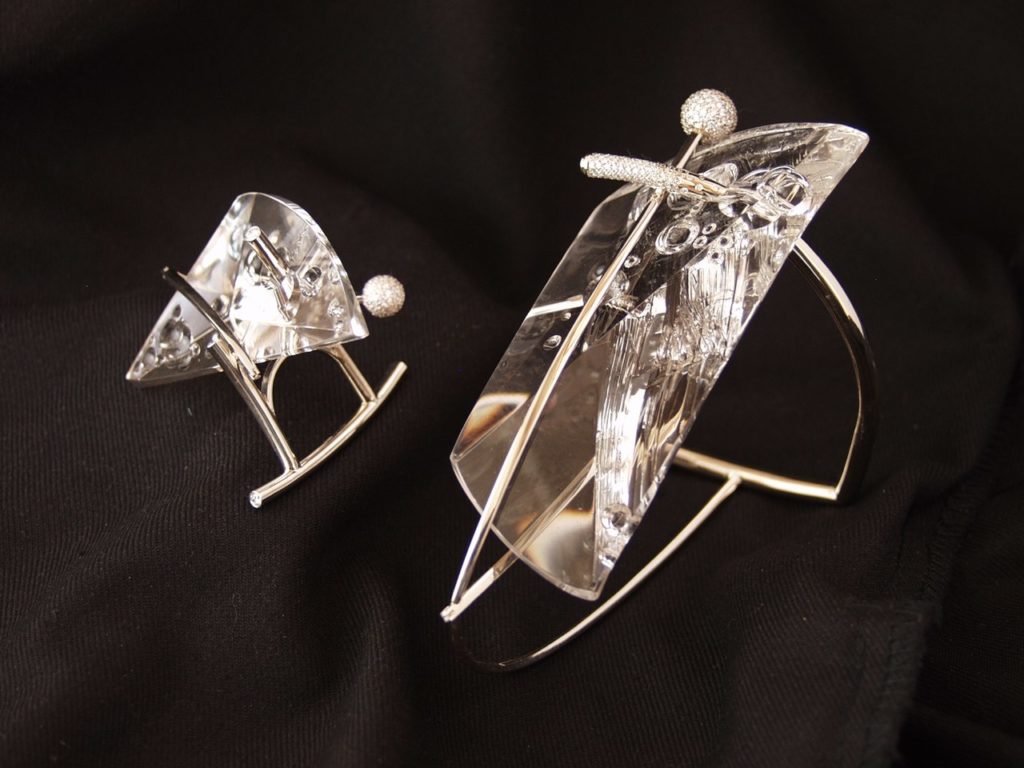